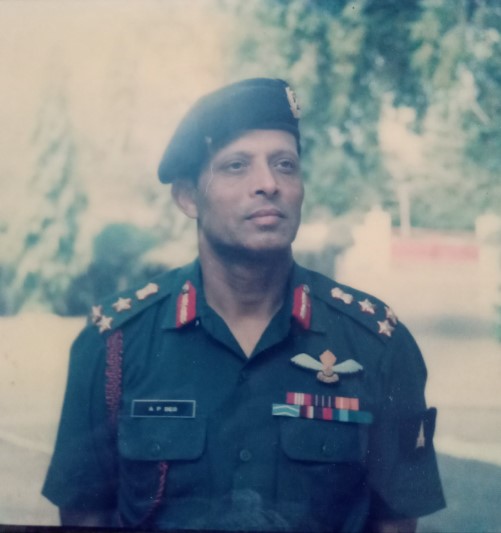 Brigadier Aniruddh Padmakar Deo was born at Jabalpur in India on 02 November 1945. His Parents and Grandparents were highly accomplished personalities. His initiation in spiritual scriptures started at an early age. His grandmother who was a Sanskrit Scholar used to always read Spiritual books. One day the young author asked her as to why she keeps reading so much. She smilingly answered - " I have got everything in life; Well established and respected children, bright grandchildren and all material comforts. I don't want anything else now. So I devote my time in knowing about the Lord who has given me everything". Then she explained the Geeta Verse that she was reading - "Those who only think of me (meaning God) with devotion without any motive, I fulfill all their needs and take care of them." This is Verse 22, Chapter 9 of Geeta. Since that day the author occasionally sat with his Grandmother and learned many verses from her.

The author joined the Indian Army and took active part in 1971 Indo Pak war. In the thick of war a pakistani artillery shell landed in front of two soldiers occupying a trench. One soldier was blown to pieces but surprisingly the other had no scratch on his body. The Geeta verses were happening in reality. Since that day the author started learning more and more from Geeta.

The author rose to the Rank of Brigadier General and took early retirement from the Army. He had his own grandchildren now. His son is settled in the USA. During the author's visit to the US, his granddaughter asked him the same question which he had asked his grandmother 50 years back - "Why do you read so much"? The history was repeating itself. He told her the background of Geeta. She was intrigued and said - "Why don't you translate this for me in English ?"

That was the beginning of "Geeta translated in Simple English" and the end result is printed for your reading and enjoyment. 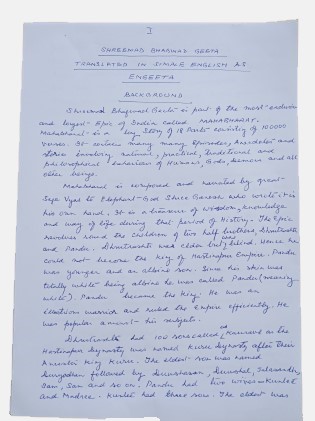 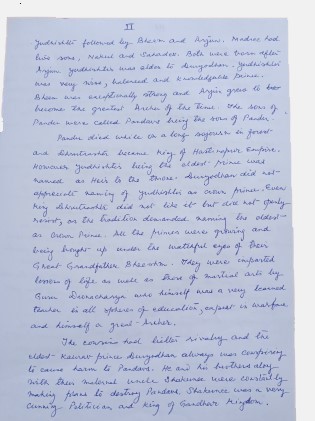 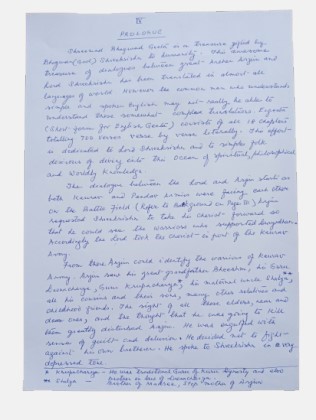 The author handwrote Geeta before it was transcribed digitally. The entire effort took many years.