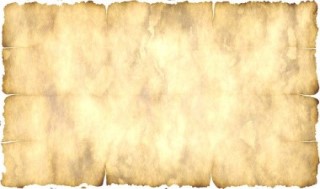 Leave aside everything else,
Surrender to me all out,
I shall absolve you of all sins,
Worry you not. @
Chapter 18; Verse 66 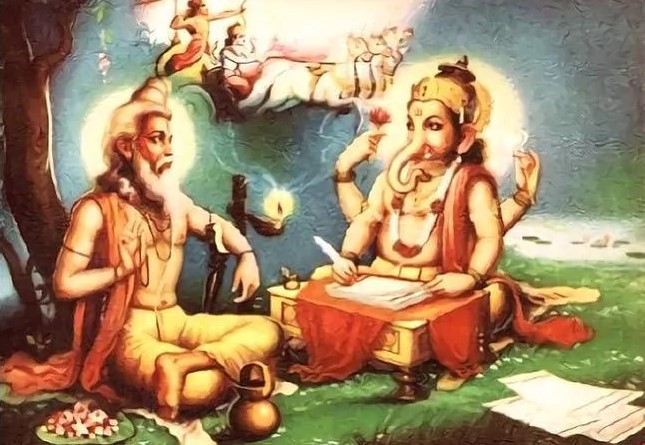 Shreemad Bhagwad Geeta is part of the most exclusive and longest Epic of India called MAHABHARAT. Mahabharat is a long story of 18 Parts consisting of 100000 verses. It contains many many Episodes, Anecdotes and stories involving natural, practical, traditional and philosophical behavior of Humans, Gods, Demons and all other beings...

Mahabharat is composed and narrated by great Sage Vyas to Elephant God Shree Ganesh who wrote it in his own hand. It is a treasure of wisdom, knowledge and way of life during that period of History. The Epic revolves round the Children of two half-brothers, Dhrutrashtr and Pandu. Dhrutrashtr was elder but was blind. Hence he could not become the King of Hastinapur Empire. Pandu was younger and an albino son. Since his skin was totally white being albino, he was called Pandu (meaning white). Pandu became the King. He was an illustrious warrior and ruled the Empire efficiently. He was popular amongst his subjects.

Dhrutrashtr had 100 sons called as Kauravs as the Hastinapur was named Kuru Dynasty after their Ancestor King Kuru. The eldest son was named Duryodhan followed by Duushasan, Duushal, Jalasandh, Sam, San and so on. Pandu had two wives – Kuntee and Madree. Kuntee had three sons. The eldest was Yudhishtir followed by Bheem and Arjun. Madree had two sons, Nakul and Sahdev. Both were born after Arjun. Yudhishtir was elder to Duryodhan. Yudhishtir was very wise, balanced and learned prince. Bheem was exceptionally strong and Arjun grew to become the greatest Archer of the time. The sons of Pandu were called Pandavs after the name of their father Pandu.

Pandu died while on a long sojourn in forest and Dhrutrashtr became King of the Hastinapur Empire. However Yudhishtir being the eldest prince was named as Heir to throne. Duryodhan did not appreciate naming of Yudhishtir as Crown Prince. Even King Dhrutrashtr did not like it but did not openly resist, as the tradition demanded naming the eldest as Crown Prince. All the Princes were growing and being brought up under the watchful eyes of their Great Grandfather Bheeshm. They were imparted lessons of life as well of those of martial arts by Guru Dronacharya who himself was a very learned teacher in all spheres of education, expert in warfare and himself a Great Archer.

The cousins had bitter rivalry and the eldest Kaurav Prince Duryodhan always was conspiring to cause harm to Pandavs. He and his brothers along with their Maternal Uncle Shakunee were constantly making plans to destroy Pandavs. Shakunee was a very cunning Politician and King of Gandhar Kingdom. This rivalry ultimately grew into feud and in later years into a full scale war. Most of the Kings of the Indian subcontinent sided either with Crown Prince Yudhishtir or with eldest of Kauravs Prince Duryodhan who now was the De Facto King of Hastinapur with tacit support of actual King Dhrutrashtr. Since the forces were so large the war was called Mahabharat – (Maha Means Very Big)--the war involving entire “BHARAT” (As Indian Subcontinent was called then).

Lord Shreekrishn, who was first maternal cousin of Arjun, had decided not to wield any weapon during the Great War Mahabharat. Arjun therefore had requested Lord Shreekrishn to be his charioteer during the war. Shreekrishn a renowned Charioteer willingly acceded to this request of his cousin. Arjun had a great chariot with five white horses and on top was his famous flag Kapi Dhwaj.

Soon the two large armies were facing each other on the plains of Kurukshetr north of Hastinapur. Since the Blind king could not see the events of the war, Sage Vyas granted Divine Sight to Charioteer of Dhrutrashtr. His name was Sanjay. With this Divine Sight he was able to see the war while sitting next to the King. Dhrutrashtr could thus get running commentary of war from Sanjay.

As the war was about to begin Arjun asked Lord Shreekrishn to take his chariot in front of Kaurav Army so that he could see the main warriors fighting for Duryodhan.

Before we start reading it is important to give some nuances of Sanskrit language to readers...

The script of the language in which Mahabharat was written is called “Devnagree”. Sanskrit language is written in this script. The beauty of this script is that the letters and words depict the exact phonetic sound of the language. No two or more words are needed to give desired phonetic effect. The language has separate letters to sound” sh, th, dh, the, kh, sion, ph, mh, tion and so on. Each letter can be written in half or full to give desired phonetic effect.

In case of the word “RAMA”, the correct phonetic pronunciation is “RAAM” as in Palm. In English many times to complete the word additional A is added. In this translation the additional A is not added. However, at places it is added to rhyme the verse. In case of conversation when one person addresses another by name then “a“ is added. For example when Arjun in conversation with Krishn wants to address him by name, he may say “Krishna, I want to say...“(Phonetically too this additional 'A' will be pronounced while speaking)

Wherever necessary notes have been written below the page to explain any difficult word or to give meaning of a particular word. 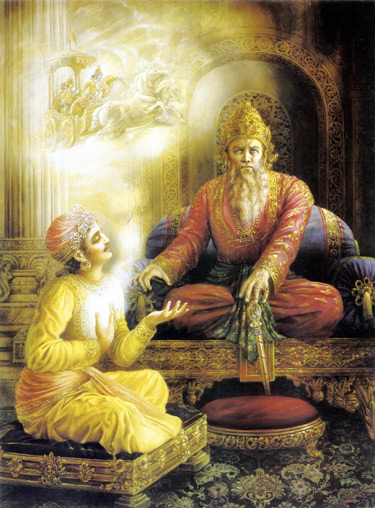 Shreemad Bhagwad Geeta is a treasure gifted by Bhagwan (God) Shreekrishn to humanity. This awesome treasure of dialogues between great Archer Arjun and Lord Shreekrishn has been translated in almost all languages of world...

However the common man who understands simple spoken English may not really be able to understand these somewhat complex translations. Eng-Geeta (Short Form for English Geeta) consists of all 18 chapters totaling 700 verses translated verse by verse literally. This effort is dedicated to lord Shreekrishn and to simple folk desirous of diving into this ocean of Spiritual, Philosophical and Worldly Knowledge.

The dialogue between the Lord and Arjun starts as both Kaurav and Pandav Armies were facing each other on the Battle Field [Refer to Background]. Arjun requested Shreekrishn to take his chariot forward so that he could see the warriors who supported Duryodhan. Accordingly the Lord took the Chariot in front of the Kaurav Army.

From there Arjun could identify the warriors of the Kaurav army. Arjun saw his Great Grandfather Bheeshm, his Guru Dronacharya, Guru Krupacharya, his maternal uncle Shalya, all his cousins and their sons, many other relatives and childhood friends. The sight of all these elders, near and dear ones and the thought that he was going to kill them, greatly disturbed Arjun. He was engulfed with sense of guilt and delusion. He decided not to fight. He laid down his bow and arrows, and started speaking to Shreekrishn in very depressed tone.

In the meantime Sanjay, the charioteer of King Dhrutrashtr, was ready to narrate these happenings to the King. Therefore, the first Verse of Geeta starts with Question from King Dhrutrashtr to Sanjay. This is the one and only verse spoken in Engeeta by someone other than Shreekrishn, Arjun and Sanjay.